Armand Pierre Fernandez born in Nice to Antonio Francisco Fernandez and Marie Marguerite Jacquet Fernandez. His father, from North Africa, owns an Antique shop. He did abstract paintings in 1953. He took part in actions with Yves Klein, with whom he had been discussing subjects such as Zen Buddhism and astrology since 1947. He was impressed by a Kurt Schwitters exhibition in Paris in 1954 which inspired him to begin his work with stamp imprints, the Cachets. He had his first one-man exhibitions in London and Paris in 1956. In 1957 he travelled in Persia, Turkey and Afghanistan. In 1958 he dropped the “d” in his name, inspired by a printer´s error. He started his monotypes using objects, his Allures. In 1959 he did his first Accumulations and Poubelles. The Accumulations were assemblages of everyday objects and similar consumer articles displayed in boxes. The Poubelles were similar, but used collections of rubbish. In 1960 he became a founding member of the Nouveaux Réalistes. Through this group he made contact with members of the Zero group. He showed in New York and Milan in 1961 and made his sliced and smashed objects (Couples, Colères). In 1962 He started his so-called Combustions, or burned objects. In 1970 he began his Accumulations in concrete and exhibited at the World´s Fair in Osaka. In 1971 he began a series with organic garbage embedded in plastic. Since 1975 he has lived in New York – where he has a studio – and in Paris. He died in 2005. 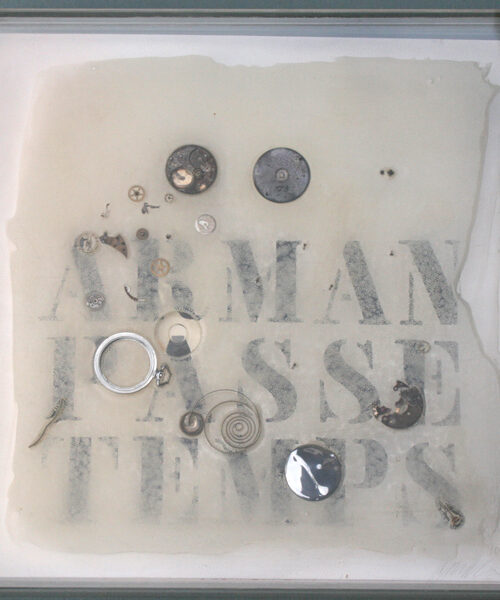 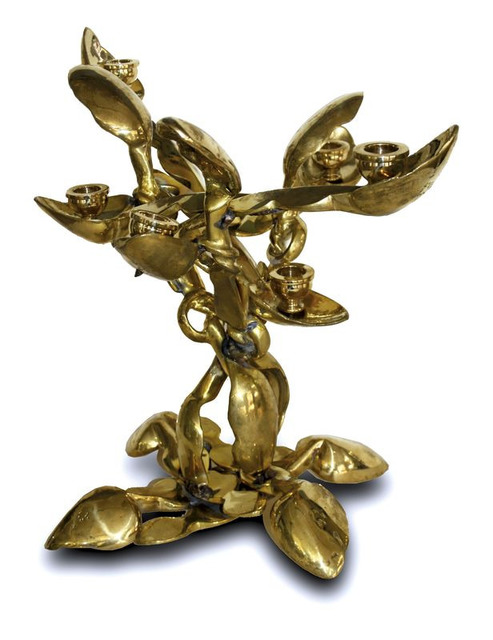