Swiss sculptor. He began experimenting with mechanical sculptures in the late 1930s, hanging objects from the ceiling and using a motor to make them rotate. In 1940 he began an apprenticeship as a window-dresser and also attended art classes at the Allgemeine Gewerbeschule, Basle. From 1941 to 1945 he studied there with Julia Ris (b 1904) and discovered the work of Kurt Schwitters, which made a deep impression on him. After World War II he began painting in a Surrealist manner, but he soon abandoned painting to concentrate on sculpture. In 1949 he met Daniel Spoerri. In 1953 they created the ‘Autothéâtre’, a ballet of colours and movable décor, made up of coloured forms in motion.In 1955 Tinguely participated in the exhibition of kinetic art, Le Mouvement, at the Galerie Denise René in Paris, and in the late 1950s he produced the Meta-matic painting machines (e.g. Meta-matic No. 17, 1959; Stockholm, Mod. Mus.). These were portable machines with drawing arms that allowed the spectator to produce abstract works of work automatically. They were first exhibited at the Galerie Iris Clert in Paris in 1959; not all of the Meta-matics functioned properly, and Tinguely destroyed some of them. He then began to incorporate electric motors into his works, taking as his models the ‘roto-reliefs’ created by Marcel Duchamp 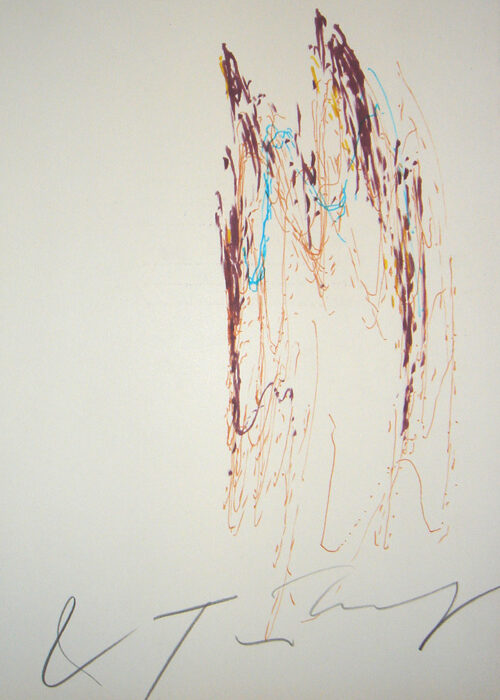