Born on July 14, 1890 in Smolensk, Belarus of Jewish extraction, he is primarily known as a sculptor but also produced paintings and lithographs. After attending art school in London, England, Zadkine settled in Paris about 1910, where he became part of the new Cubist movement (1914 – 1925). After this time, he developed an original style, strongly influenced by primitive arts. He served as a stretcher-bearer in World War I, and was wounded in action. He spent the years of World War II in exile in America. His best-known work is probably the sculpture “The Destroyed City”, a memorial to the wanton destruction of the center of Rotterdam by the Germans in 1940. [1] He taught at his Zadkine School of Sculpture. Ossip Zadkine died on November 25, 1967 in Paris, France and was interred in the Cimetiere de Montparnasse, Paris. 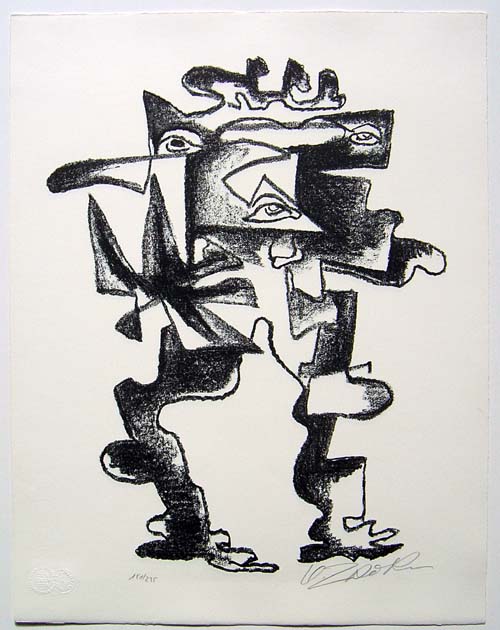 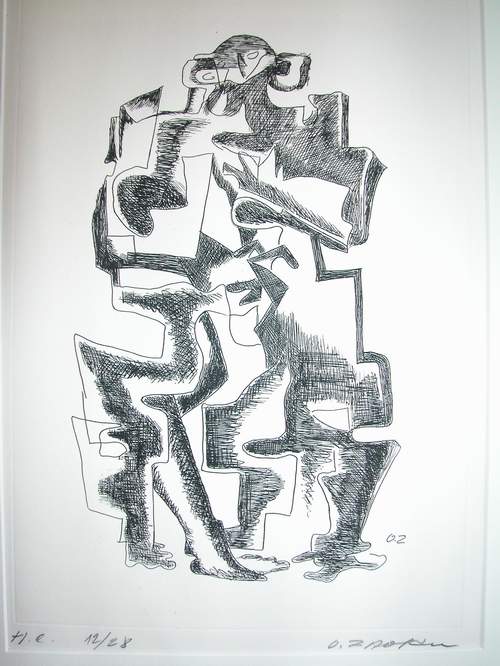