French painter Bernard Buffet attained recognition as an artist when he was very young. By 1948 he had had his first one-man show and received the Prix de la Critique. In the 1950s he was considered the principal figurative artist in Paris. In this phase he was influenced by the miserabilisme movement: his compositions, all grays and dull whites, had a somber mood. Buffet`s subjects have tremendous range, especially in later works, and include still-lifes, interior scenes, and views of such cities as New York, Paris, and London. He has also worked as an illustrator and in 1954 created a series of drypoints on the theme of the Passion. The lithographs he created resemble his paintings. His work appears in many museums, including the Tate Gallery in London and the Musee d`Art Moderne in Paris. 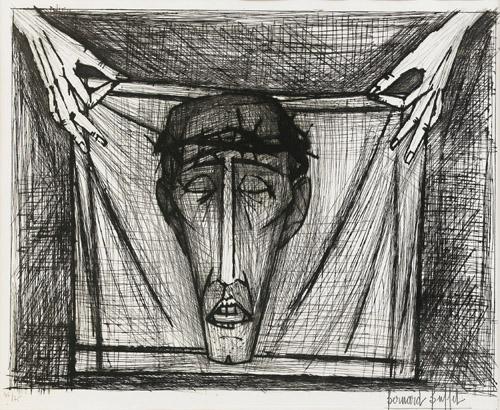 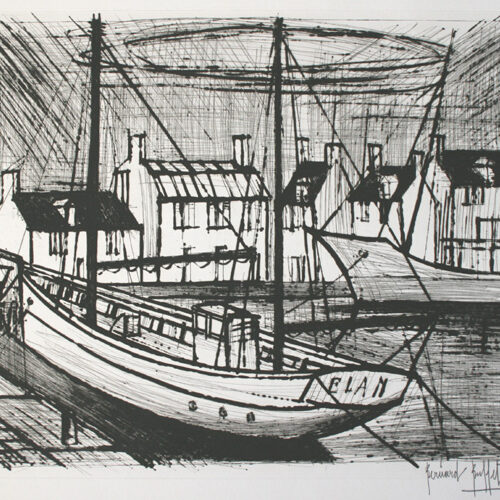 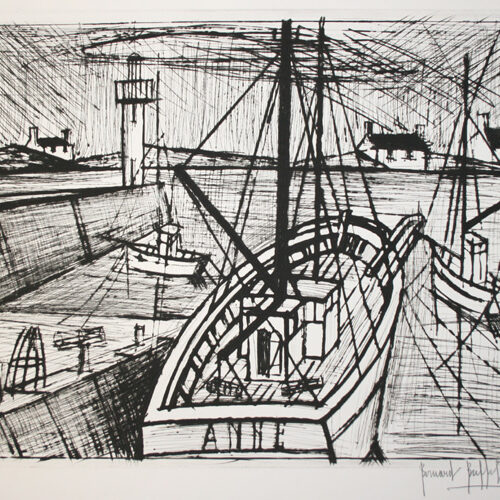 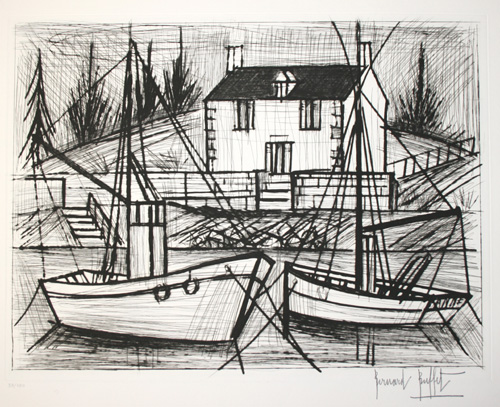